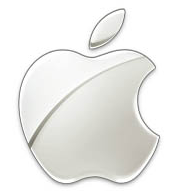 Remember the whole “I’m a Mac. I’m a PC.” advertising campaign? I think the kind of computer one uses is very telling. As a student at Kent State, I used a Mac. My first three years as a professional – 1993-96 – I worked for the National Park Service and I was lucky to have a PC. Seriously. I think most of the NPS folks were still using DOS-based systems at that point. When I joined the private sector in 1996, I was back with Macs.

It took a bit of adjustment, but I’ve really never looked back. My first home computer was a PC, but that’s because Apple was still a baby. They were extraordinarily expensive in 1994. Shoot, the PC was expensive. The next home computer was the first iMac. The very first version. It served us well. I think my son used it throughout high school, graduating in 2006.

Yes, I think Macs are cool. No, I don’t like PCs. I don’t – usually – think my Macitude gives me superiority. But I’ll say it again: I’m a Mac.